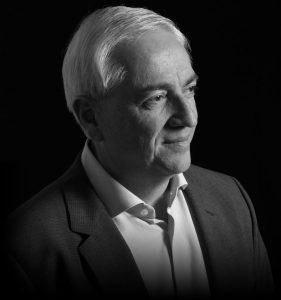 Mr. Iadeluca has over 20 years of senior management experience in the manufacturing industry and is a Chartered Professional Accountant. Mr. Iadeluca joined Fortress Global as President of FSC in October 2016. Prior to joining Fortress Global, Mr. Iadeluca was the Chief Executive Officer of AV Terrace Bay Inc., a wholly owned subsidiary of the Aditya Birla Group. As Chief Executive Officer, he was responsible for the restart and turnaround of the Terrace Bay pulp and paper mill.

Mr. Loewen is a Chartered accountant in Canada and has been a member of the Institute of Chartered Accountants of BC since June 2000. He served in public practice in audit and accounting at Deloitt & Touche LLP. Mr. Loewen received a B.Sc. in May, 1992 and also received a Master of Science degree in Forest Resource management in January 1994 at the University of British Columbia. He has been with Fortress Global Enterprises since August 2006 and in addition to Chief Financial Officer has held the positions of Controller, Corporate Secretary of Fortress Global Enterprises. 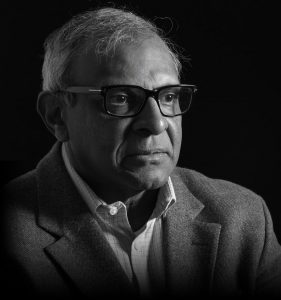 Gerry Gaetz is President and CEO of Payments Canada. Since joining Payments Canada in 2013, he has been leading the modernization of Canada’s core national payments infrastructure. Prior to Payments Canada, Mr. Gaetz held a number of executive roles at the Bank of Canada, including Chief of Currency, where he was responsible for the launch of Canada’s new polymer banknote series and retail payments-related economic research. Mr. Gaetz is a member of the International Council of Payment Association Chief Executives, is on the advisory boards of two private companies, and is also a former member of the Banknote Ethics Initiative Accreditation Council. He also co-led the core leadership development program at the Gestalt International Study Center in Boston for three years. Mr. Gaetz holds an MBA from the University of Ottawa and is a Chartered Progressional Accountant. 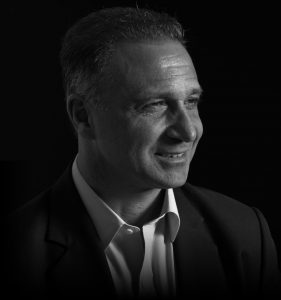 Joe Nemeth
Chairman Of The Board

Mr. Nemeth has over 25 years of experience in the pulp and paper industry. Mr. Nemeth was most recently the former President and Chief Executive Officer of Catalyst Paper. Mr. Nemeth previously held the positions of President and Chief Executive Officer, Vice-President, Sales and Marketing of Canfor Pulp Holding Inc., the general partner of Canfor Pulp Limited Partnership. Prior to joining Canfor, Mr. Nemeth worked in the Green Power Business as President and Chief Executive Officer of Greenbelt Renewable Energy. Prior to working at Greenbelt, Mr. Nemeth spent 14 years working in various positions at Fletcher Challenge Canada (now Catalyst Paper Corporation), with the two most recent positions being Vice-President, Sales and Marketing and Production Director of the Elk Falls Paper Division. Mr. Nemeth holds a Master of Business Administration degree from the University of Western Ontario and a Bachelor of Forestry degree from the University of British Columbia.

Mr. Gardner has 17 years of experience in investment management as a founder, portfolio manager, and analyst of investment firms. Mr. Gardner currently Partner and co-founder of Varana Capital, LLC a private investment firm. Prior to founding Varana, Mr. Garner was Managing Partner for Omnium Capital, and previously help positions at UBS in New York, most recently as the Head of the US Equity Portfolio for the Fundamental Investment Group. While at UBS, Mr. Gardner also served as a member of the U.S. Trading Committee (the operating board of managers for UBS’ U.S. Equities Business). Before joining UBS, Mr. Gardner held positions at Brahman Capital, a New York based value fund, MSD Capital (Michael Dell’s Family Office) and at JPMorgan in the Investment Banking division with a focus on M&A and capital markets. Mr. Gardner earned a Bachelor of Arts in Economics with honors and A Bachelor of Arts in International Relations from Brown University in 1999.

Fortress Global Enterprises is focused on the expanding global market for innovative high value biomass-based products. The Canadian forest industry is in a period of transformation and Fortress intends to be a leader in developing new products from sustainable biomass. Fortress operates the Fortress Specialty Cellulose Mill in Thurso Quebec, which has a production capacity of 173,500 ADMT/yr of dissolving pulp utilized as a feedstock for the growing viscose/rayon industry in Asia, and operates a cogeneration plant where it produces green energy from waste products. Fortress recently announced plans to extract C5 and C6 sugars from hemicellulose to produce xylitol and other biochemicals. In January, 2018 Fortress Paper announced it had changed its name to “Fortress Global Enterprises Inc.” in order to better reflect its existing business and future prospects. The company’s core strengths involve identifying and capitalizing on investment opportunities and divestitures. In relation to these core strengths, the company may pursue opportunities outside of the company’s existing business segments that would diversify the asset base or monetize existing assets. Background Fortress Global Enterprises Inc. began its story 12 years ago in Vancouver Canada as Fortress Paper Ltd, incorporated in May 2006. Fortress purchased two paper assets from Mercer International, the Dresden mill, a wallpaper manufacturer in Germany and Landqart Mill, a supplier of security paper products based in Switzerland. Fortress completed a $46 million initial public offering and was listed on the TSX in July 2007. Fortress subsequently began a strategic and capital improvement process to transform the formerly underutilized Mills to market leaders. Dresden mill’s production was shifted to a higher percentage of non-woven wall paper base where it evolved to become a world leader in the segment with ~60% market share in 2012. Landqart mill’s banknote production was upgraded from 2,500 t/yr. to over 10,000t/yr. and the innovative banknote substrate Durasafe® was launched in 2012. In 2010 Fortress purchased a shuttered NBHK mill in Quebec from Fraser Papers and announced plans to enter the specialty cellulose and clean energy market with the conversion of the mill from commodity paper pulp to dissolving pulp. The conversion included the construction of a 24 MWH cogeneration plant and an agreement for green energy sales to Hydro Quebec. Fortress Specialty Cellulose mill (FSC) commenced production of dissolving pulp in 2011 followed by the completion of the cogeneration plant in 2013. With the focus now on the dissolving pulp business, Fortress divested of its wall paper business in 2013, Fortress Optical Features in 2014, followed by its security papers business in 2017. Fortress Specialty Cellulose recently completed construction and commissioning of the 5th digester project which was first announced in November 2016. The fifth digester will incrementally increase dissolving pulp production by 8,500 ADMT in 2018 and 17,000 ADMT in 2019 which will result in a material improvement of the mills cost structure. As a strategic supplement to the fifth digester project, Fortress intends to install a new accumulator at the FSC mill with the aim of extracting hemicellulose for use in the development of high value-added by-products feedstock for use in the growing biomaterials, bioproducts industry. In Feb 2018, Fortress acquired S2G Biochemicals Inc, a global leading chemical conversion company and  intents to commission the construction of a demonstration plant to produce xylitol at its FSC Mill, utilizing C5 sugars extracted from hemicellulose.